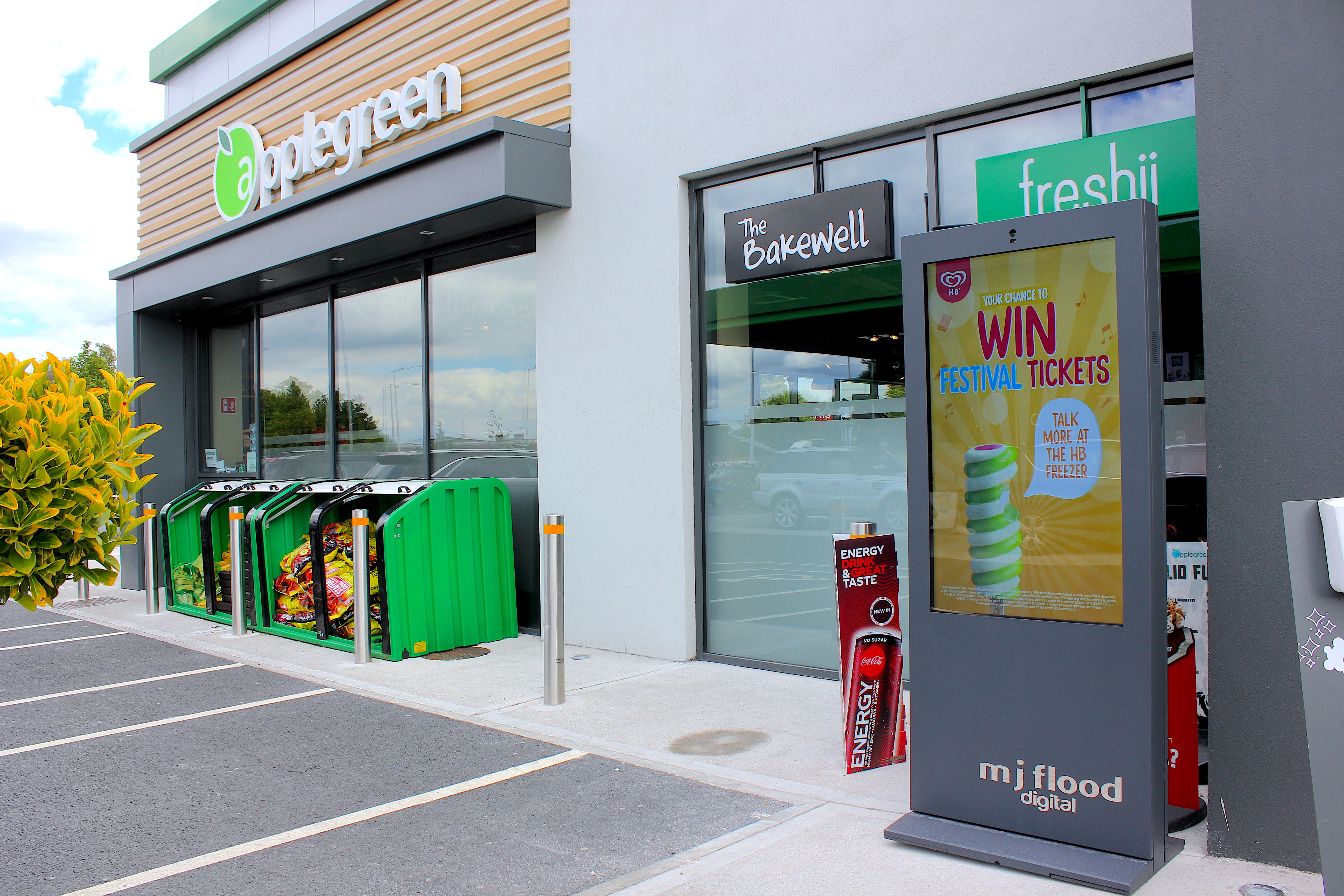 09 Apr Guide to digital out of home advertising

What do we mean when we talk about digital outdoor advertising? Digital out of home (DOOH) includes two main forms of advertising, digital place-based networks and digital signage. It encompasses everything from electronic billboards to digital boards on the side of buses to kiosks at the mall.

Digital out of home ads all have two things in common. They appear on digital screens, and their creative can be swapped out remotely, from a server. This makes it very easy to move different advertisers in and out of the space, something traditional out of home cannot do.

Digital out of home ads now account for more than a quarter of all spending in the United States, and their distribution is growing rapidly. In fact, PwC predicts that overall OOH growth will be entirely fueled by digital over the next three years.

Are you interested in digital advertising for your products, or do you just want to understand more about this emerging medium? We’ve put together this guide to everything you need to know about digital OOH ads to answer questions we hear from many clients.

What is Digital Out-Of-Home (DOOH) Advertising?

DOOH advertising is the use of digital screens such as digital billboards, elevator screens and TVs to deliver media and content to people.

In many ways, DOOH advertising goes back to the very roots of advertising, also known as out-of-home (OOH) advertising.

Why Use Digital Billboards?

They offer advantages traditional billboards do not, such as:

Yes. There’s been quite a bit of debate on that topic over the years, and years ago some municipalities even banned digital boards because they worried about distracting drivers. But studies have shown definitively that digital billboards are safe and do not distract drivers from the road any more than traditional boards.

How Much Does It Cost to Buy a Digital Billboard?

The cost of a digital billboard depends on many of the same factors as a traditional billboard, including:

How Much Does Digital Cost Compared to Traditional Billboards?

What Are Digital Billboards Made Of?

The majority of digital billboards are made from steel, just like traditional ones. At the top, they have LED displays that connect to a server maintained by the vendor.

How Do Electronic Billboards Work?

Traditional billboards require the production of creative on vinyl, which is another reason they are more expensive. There aren’t many, if any, supplies to purchase for digital billboards.

What Types of DOOH Are There?

The most common form of digital out of home is billboards, of course. But there are many other kinds available, including digital screens located at:

How Do You Buy Electronic Billboards and How Is It Different From Traditional?

Purchasing is based on share of voice, which depends on the budget you have to play with. The industry standard is about 10 to 20 percent, but you could go up to 30 percent depending on how long you want the billboard to run.

What Are The Biggest Digital Out of Home Advertising Trends?

Three digital OOH trends that will shape the next few years in the industry include:

Sorry, the comment form is closed at this time.